This Is Why Grandparents Are Important

Today’s grandparents are more than the occasional visitors who bring gifts. Grandparents have an irreplaceable role in a child’s development. According to the American Sociology Association, grandparents and grandchildren have measurable effects on each other’s psychological well-being. These pillars of wisdom, strength, and support have unique connections with their young grandchildren that foster the kids’ learning and development. Keep reading to learn more.

In 2011, US Census Bureau stated that 24% of children under the age of 5 were routinely cared by a grandparent. Complementing that, on 2012 MetLife stated that when asking grandparents their reasons for providing care to
grandchildren 58% answered “because I enjoy doing it”.

Unlike the first time around (when they were raising you) they are more confident and relaxed around children, which makes them excellent playing buddies and role models. Playing buddies? Yes! Often when we hear the word ‘grandparent´ we think of an elderly person. Well, the MetLife report stated that the majority of grandparents are in between 46-64 years old. It also projected that by 2020 there will be 80 million grandparents in the world, which means nearly one in three adults.

Parents and children of today face a very different world than those of the previous generation. Awareness of these differences can help today’s parents navigate the role of grandparents in a child’s development in life and, on the flip side, help grandparents play a special role in the family.

For example, child health and safety issues are of much greater concern now than before. Today’s grandparents who had children before 1967 took them to school, to the playground, and to their grandparents’ homes without the benefit of seat belts or car seats. Given what we now know about the dangers of automobile travel, it is unthinkable that anyone, much less infants and toddlers, would travel this way.

In addition, for many parents, second-hand smoke was an unknown danger to their children. Now, aware of the health risks it poses, today’s parents are becoming more conscious and making different decisions than their parents once did. As things change in our world, it has become important for grandparents to check with their grown children and be in sync with their parenting styles. Communication and respect are key aspects of the grandparent to parent relationship. However, remember that some things will never change: the importance of grandparents and grandparents’ love for their grandchildren.

PARENTING TIPS: ESTABLISHING THE ROLE OF GRANDPARENTS IN CHILDREN’S LIVES

Here are some tips for establishing the role of grandparents in a child’s life that make both the parents and children happy and safe.

If you’re a parent: 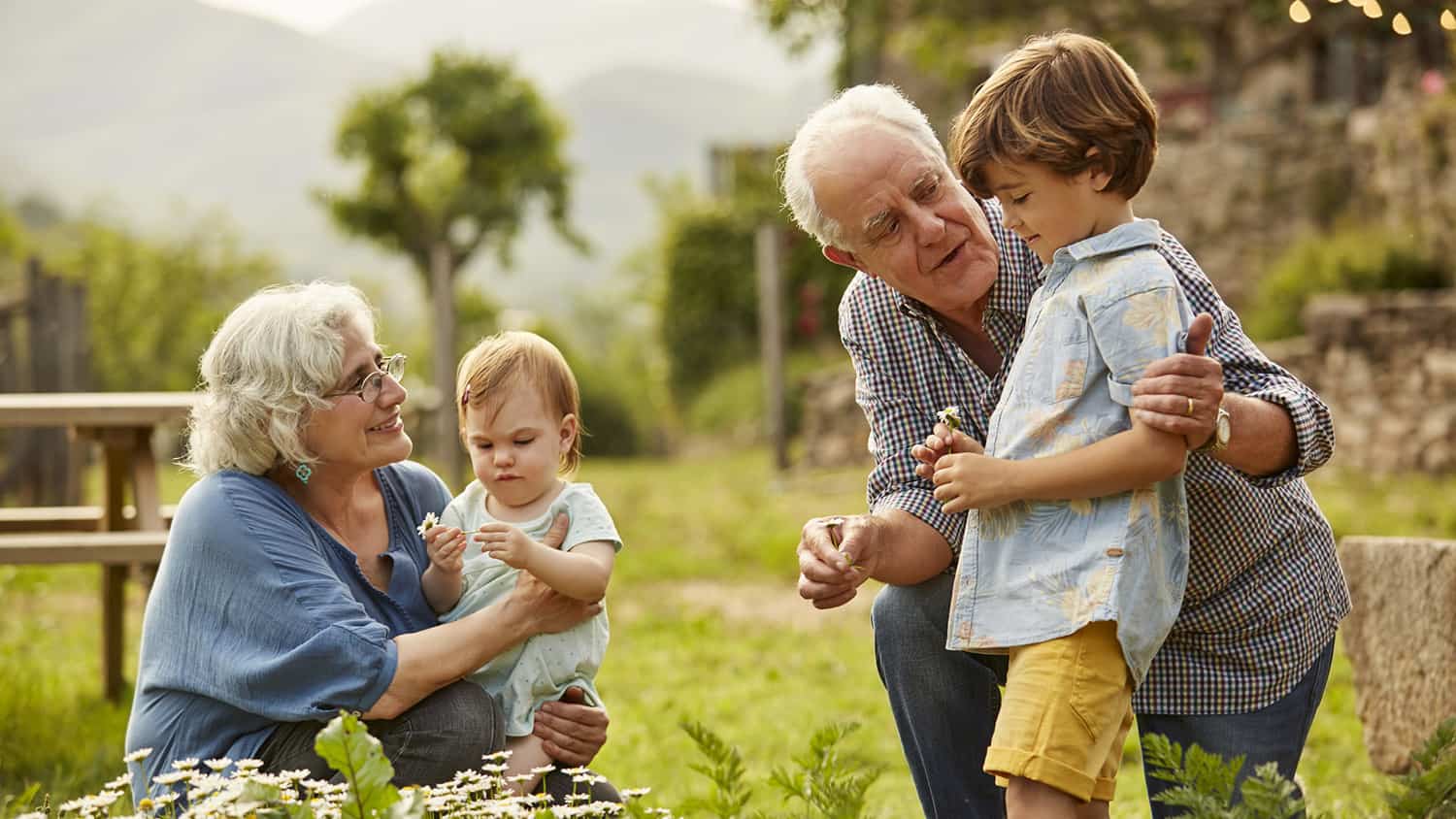 If you’re a grandparent:

Does this mean grandparents have to follow the rules at all times? Probably not. What grandchild doesn’t like to stay up late at Grandpa’s house, get another scoop of ice cream, or rent an extra DVD? Grandma’s house can be a very special place with its own set of routines and rituals – it’s not meant to be the same as home, but be certain that the fun is still within the parenting parameters set by the child’s parents.

As grandmas and grandpas – or whatever grandparent names your grandkids lovingly call you – understand the special role and importance of grandparents in the family. Also remember, however, that your children are now the responsible adults who have created an entirely new nuclear family. You went through this process years ago, so remember how good it felt to be respected and have your decisions validated as parents.

Grandparents also provide your little one with a sense of security. Being their parents’ parents makes them wise and reliable in the eyes of your kid; allowing them to develop a close relationship from very early on. Studies have also shown that having a close relationship with a grandparent has positive effects during the teenage years; a time when your son might go through behavioral and social changes and needs an extra ear. Arthur Kornhaber, M.D., founder of the Foundation for Grandparenting and author of several books on grandparenting, mentions “You might say there’s an ‘elder hunger’ for the wisdom of older people. When grandparents share their time and life stories with adolescents, they also share their heart and spirit. That’s a powerful and rewarding experience for both generations”.

Although distance may separate some families from frequent face to face interactions, technology is an amazing tool we can use to keep that relationship flourishing. Studies done with toddlers and Facetime show that at about 17 months your little one knows who he’s taking to and can actually get something meaningful out of the video chat. Plus, this tool is authorized by the guidelines of the American Academy of Pediatrics. So, you can rest assured knowing that your little one can still have a close relationship with his grandparents even from a distance. Of course, when you do get those face to face interactions make sure you make time to maximize the quality and fun of them!